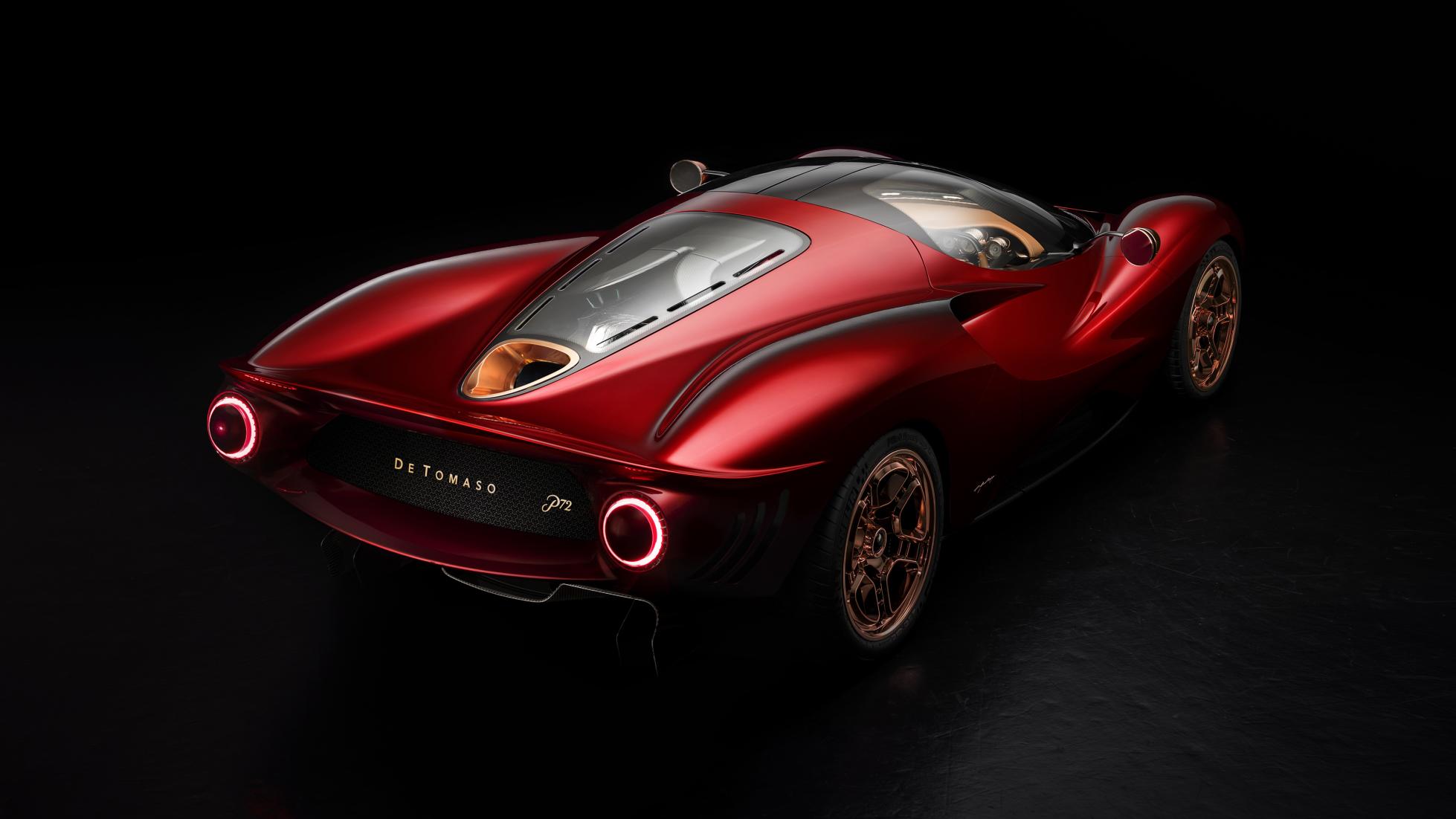 De Tomaso has revealed a 60th birthday present in the form of a new limited run P72 GT. Only 72 P72s will be made, and the car is intended as a statement of intent from the freshly revived firm, giving a hint at what will appear in future.

While it was expected that De Tomaso would create a new version of the Pantera, it decided to go in a completely different direction, instead finding a little-known collaboration between company founder Alejandro De Tomaso and Carroll Shelby, the P70, and creating a modern GT in homage.

Unveiled this week at the 2019 Goodwood Festival of Speed. The stunning new machine with its retro inspired design will make up for lost time by actually going into production, albeit a limited one of only 72 cars. Technical specifications are shrouded in mystery , but we do know the car uses a carbon fibre chassis derived from the Apollo Intensa Emozione.

Underneath all of this art lies science. The P72 is built around a carbonfibre cell of a chassis, with carbon crash structures front and rear and carbon mounts for the suspension. De Tomaso teasingly notes that the chassis – like its Apollo cousin – is FIA LMP motorsport rated. And De Tomaso has a storied history in motorsport. Hands up who wants to see the P72 join the hypercar field at Le Mans in 2021?