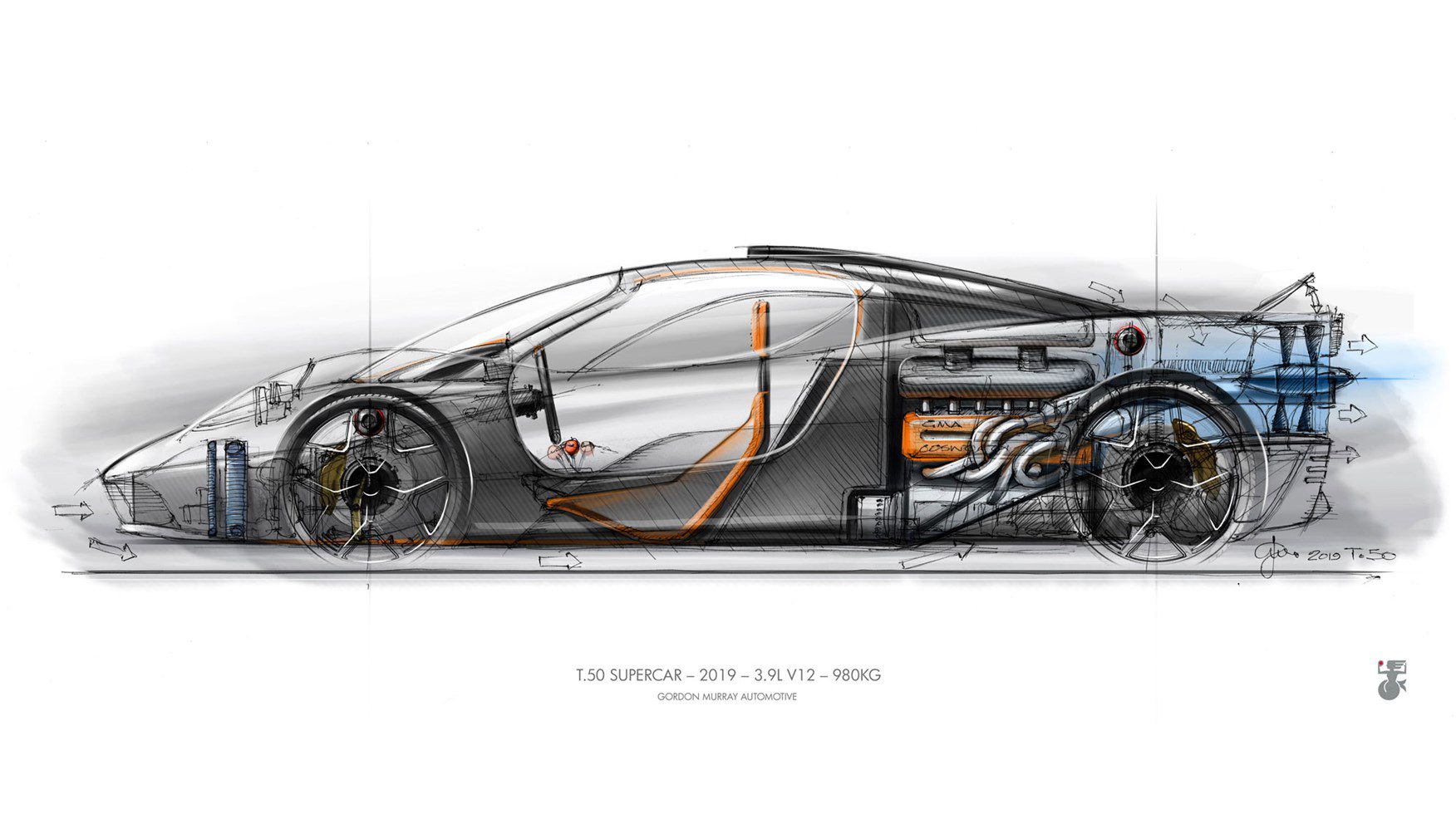 Gordon Murray, the man behind the legendary McLaren F1, has revealed his plans for a new V12-powered, rear-wheel drive, mid-engined supercar. The Gordon Murray Automotive T.50 supercar will feature a naturally aspirated V12 engine, delivered via a 6-speed manual gearbox to the rear wheels.

The V12 engine is bespoke, designed and produced by Cosworth. The V12 will rev to an astonishing 12,100rpm and will produce 652bhp and 341ft of torque. The six-speed manual gearbox the will be used will also be a custom build, this time by XTrac. The T.50 will only weigh 980kg, 700kg less than the recently announced Ferrari SF90 Stradale. Interestingly, the T.50 will feature a fan at the back of the car that will generate downforce via ‘ground effect’, essentially sucking the car to the road.

Production is scheduled for 2022 with a run of only 100 units being built, for a reported cost of £2 million (plus taxes), for a car that Gordon Murray calls the last ‘true’ supercar.