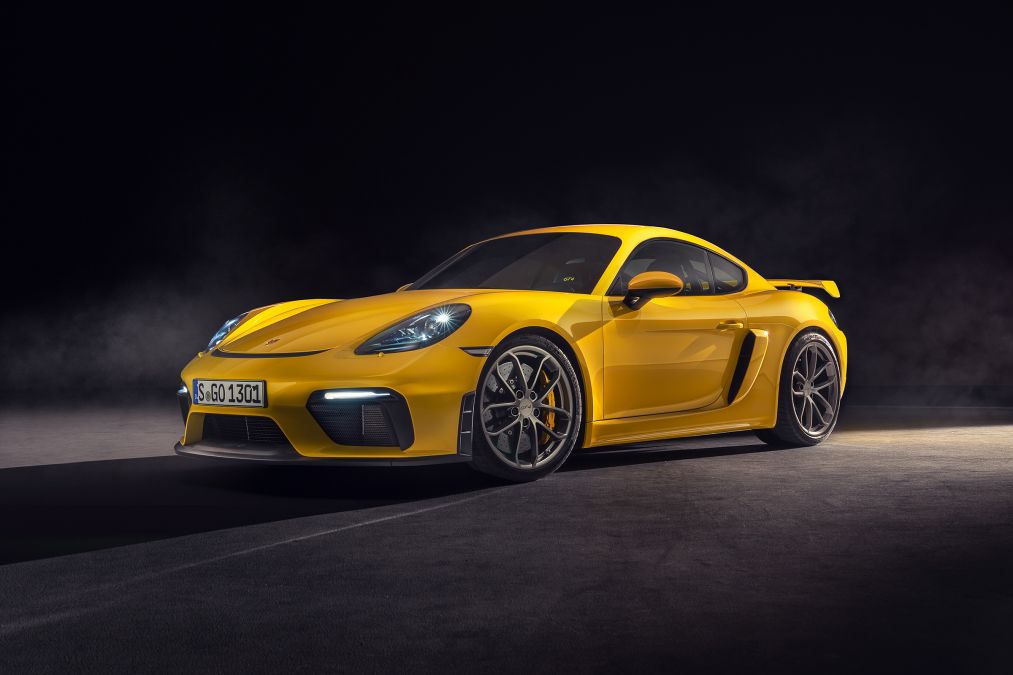 Current Representative APR
7.95% APR*
What does this mean? Click here

Porsche has revealed new range-topping versions of its Boxster and Cayman with the 718 Cayman GT4 and 718 Spyder. Both models will benefit from a naturally aspirated 4.0-litre flat-six engine and a six-speed manual transmission, replacing the four-cylinder turbocharged engines from their predecessors. The new six-cylinder units will rev to 8000rpm and generate 414bhp, 44bhp more than the previous Boxster Spyder and 34bhp more than he old Cayman GT4. Torque remains strong at 310lb ft from 5000 to 6800rpm.

Porsche has revealed the new models will hit 62mph in just 4.4 seconds through the six speed manual transmission and on to a top speed of 187mph for the Spyder and 188mph for the GT4. Both models benefit from a revised aerodynamic set-up to complement the increased power, with the GT4 benefitting from 20 percent more downforce that the old GT4 from the rear wing.

For a Finance Quote on a Porsche, click here.