If you were given a budget of £500,000 to spend on luxury cars, how would you spend it? Would you splash out on some supercars or spread the cost? We tasked some of the Oracle Team with creating their fantasy car garage with a (fantasy) half a million pounds.

Arjan is our office petrolhead. Ask him anything about cars and there’s a good chance he’ll give you an answer. He is always actively seeking out up-to-date industry knowledge and sharing it with his customers, so it’s no surprise that his fantasy car garage took seconds to come up with. It’s like he was waiting for us to ask the question!

The five-door estate has a top speed of 186 mph and can get from 0 – 62mph in just 3.5 seconds. Arjan voted for this one as his ‘daily driver’ because it’s “the most well-rounded performance family car available in the current market”. So, if you’re always running late for the school run, maybe you should add this one to your fantasy garage too.

Described by Arjan as a “90’s kid hero car” for its feature in the “best PlayStation game of the era”, Gran Tourismo ‘97. The nostalgic value is what got this car into the Oracle garage. Is there a car from your childhood that you’d love to own?

It’s likely that we don’t even need to explain why the Ferrari 458 Speciale made it to this list. If it’s not for its top speed of 202mph, it’s for its race inspired design. “The 458 Speciale is possibly one of the best cars of the decade”.

Although this one has taken him over budget, it seems completely worth it. “This one is from experience. Several passenger laps at Oulton Park makes you rethink what ‘quick’ is.”

Oliver has been with Oracle for nine years, so he has plenty of experience of providing knowledge and expertise to help his customers fund their dream cars. But when it comes to his dream cars, he’s spread the cost wisely. Oliver has managed to get seven cars in his fantasy garage, and all within budget.

The modern classic sports “jaw dropping looks & impeccable road manners”, not to forget the Gullwing doors. The SLS Coupe has 563bhp and a top speed of 197mph. It’s no surprise that Oliver wants this in his garage.

Chosen for a fun drive with the top down, this “British classic” is a staple in Oliver’s garage. It has a top speed of 158mph, so make sure you hold on to your hat.

This 2019 blue Discovery has made it into the garage as Oliver’s ‘daily driver’. With seven seats, there’s room for everyone.

The SQ5 was rated 4/5 on AutoCar and was branded as a “fantastic car that’s fast off the line and in-gear”. Although it’s gained a super-SUV reputation, the SQ5 “still rides extremely comfortably”. Oliver took 13% out of his budget to get the SQ5 in his garage for his wife, what a gent!

Another vote for a 458 because “you’ve got to have a Ferrari” – need we say more?

Every car fan needs a hot hatch in their garage, and to Oliver, this Renault Clio V6 is the “best ever”. Jalopnik recently took one for a test drive and described it as “unusual, cool, a bit scary, and very French, all at once”.

The ultimate utility vehicle hosts a loading weight of nearly 2000kg and still has to opportunity to look luxe in spec. Oliver has opted for the Defender at a used price, leaving budget for two more cars…

Jonny joined us earlier this year and is the best person to chat to if you’re as into Formula 1 as he is. With that in mind, Jonny’s garage is well equipped with fast cars.

This Range Rover Sport makes 3/3 votes for a Range Rover as a daily driver. The Sport SVR however, is arguably the better choice. It has all the creature comforts of your usual Range Rover, but a 5.0L engine and a top speed of 176mph. It can get you from 0 to 62mph in 4.5 seconds. It’s a no brainer!

Lamborghini has set a new bar for supercars, so you should “forget the idea of the performance you are used to”. It represents “a combination of exclusivity and high-tech luxury”, completed with a hand-finished interior and an innovative body.

The two-door convertible is a perfect mixture of British luxury and supercar innovatory. It sports a top speed of 187mph and a 4.0L 503bhp engine. 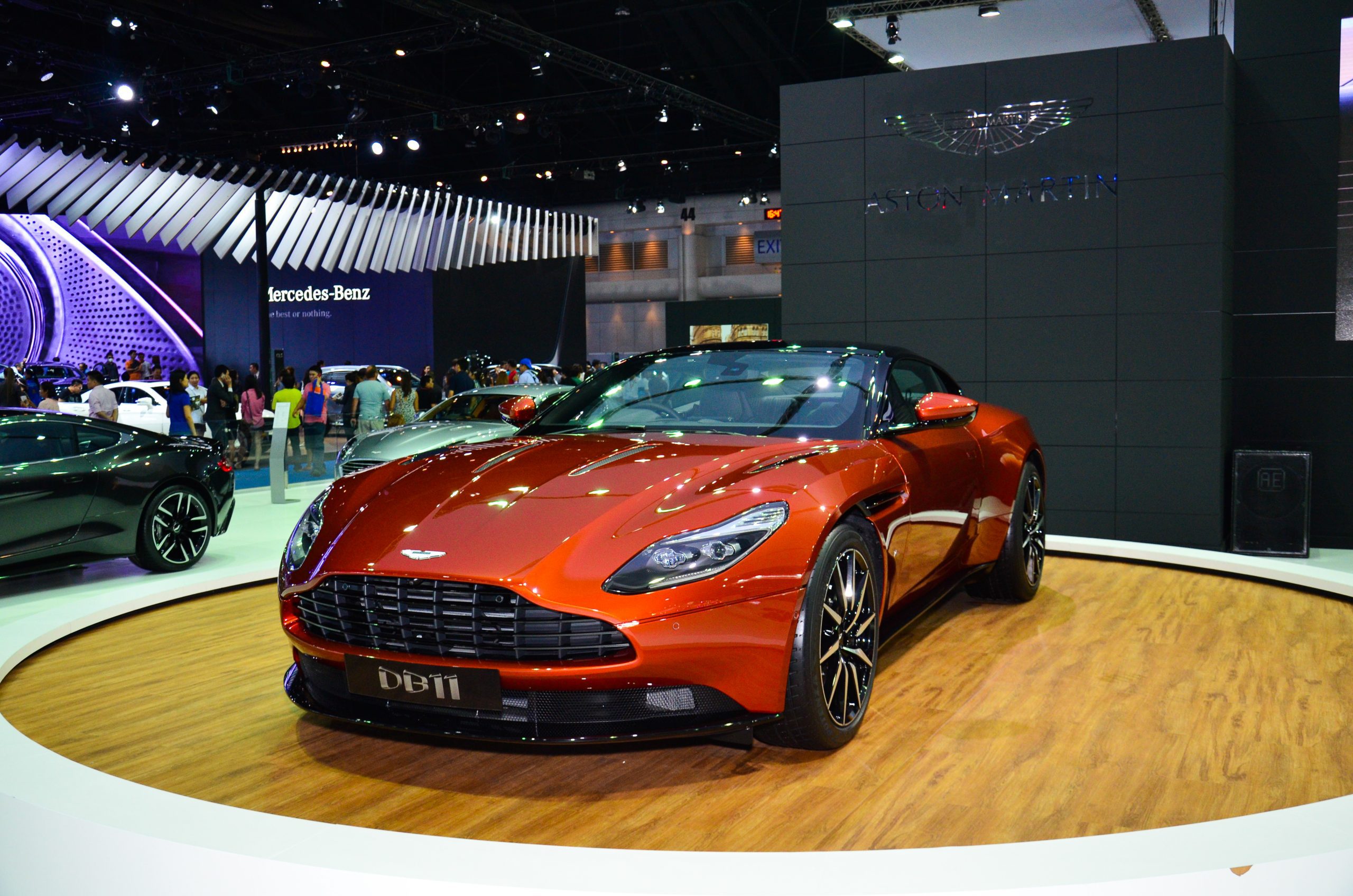 Jonny maxed out his budget by £10k for the Ferrari 599. But with a top speed of 205mph, we don’t necessarily blame him. Maybe he can borrow some of Oliver’s budget?

What would be in your luxury garage? Get in touch and let us know!

View More
Car News 30 Jun 2022
A race to remember!
Its that time of the year again when budding Formula 1 fans race on over to the Silverstone circuit for…
Read More
Car News 28 Jun 2022
Goodwood Festival of Speed 2022 Roundup
Last weekend brought another spectacular event at the Goodwood Festival of Speed for their annual car show. This year saw…
Read More
Car News 14 Jun 2022
What Are The Financial & Performance Benefits With Electric Vehicles?
As the government aim to make the UK carbon neutral by 2050 in a bid to combat climate change, with…
Read More
Car News 6 Jun 2022
The History of the Rolls Royce Phantom
The luxury, British Rolls Royce automotive brand is jam-packed full of exciting history. After originally existing as engine suppliers, Henry…
Read More
Car News 28 May 2022
The Best of British Cars
We’re due a long weekend this week in celebration of the Queen’s Platinum Jubilee to commemorate her 70 years of…
Read More
Car News 3 May 2022
The ultimate Porsche buying guide
The German brand, Porsche, can trace its engineering influences as far as the early 1900s with the Type 356 being…
Read More
Ready to know more?
Let Us Put You in the Driving Seat
Whether you’re looking to arrange the finance on your next car, refinance an existing agreement or release equity from your current vehicle, your dedicated Account Manager will find a funding solution that’s perfectly tailored to your needs.
Get a Quote
or
Contact Us
CALL US GET A QUOTE